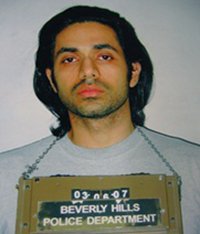 A rising star in the international fashion world by 2007, Anand Jon won numerous Awards; was instrumental to the debuts & careers of several "it girls" (including Paris Hilton; Nicky Hilton; Amanda Hearst; Lydia Hearst; Ivanka Trump); had just secured major funding from Wall Street and had just being picked by Newsweek magazines "who's next in 2007" "the 30-year old is launching a line of sexy jeans and starring in a reality TV show... with his friend...(actress)Michelle Rodriguez."

"A Visionary and a leader ..all of us at Parsons have great expectations of him" recommendation letter of Tim Gunn , Associate Dean of Parson School of Design current host of TV's Project Runway.

" If you were I wannabe he was the perfect tailcoat to ride on." New York Times April 15th 2007 article by thewrap.com founder Sharon Waxman.

When he posted bail in Los Angeles, the Beverly Hills Police & LA prosecutors coordinated with INS-Homeland Security( although he was in the country legally) as well as additional secret grand jury indictments in New York and Texas, to gridlock Anand Jon in LA County jail -without bail( in violation of the Eighth Amendment).

On the eve of trial (Sep 2008), the LA prosecution dropped over 3 dozen charges and 11 (of the initial 21) complainants without explanation. Post trial investigations have revealed that this, along with deliberate indifference; withholding and destroying favorable evidence were but some among several tactics designed to cover-up evidence of a conspiracy targeting Anand Jon with false allegations.

Witness decorations, perfectly corroborated by online contents confirm that as far back as November 2006 (that is months before any criminal claims) a group of women and business associates openly disgruntled in their personal and or professional relationships with Anand Jon had embarked on a "group civil suit" and to sell media stories. This later escalated into supposed "criminal allegations which the police directed to "find more women to make the case". Several soon-to-be prosecution witnesses were admittedly "spying" Anand Jon's romantic life "who he was dating" & his Wall Street funding, while simultaneously shopping for an "underage girl.. to trick and trap" Anand Jon and "bring him down", get him "deported" get him "life in prison"( December 2006 Myspace exchanges).

Unfortunately, the jury never got to see any of the above because the ill prepared, conflict-ridden trial attorneys failed to investigate much less present any of the above evidence to support their conspiracy theory argument the prosecution actively concealed such evidence and the exact opposite theory : that these women" did not even know each other"; " no such conspiracy... (Defense Councel) does not know what he's talking about."

A candid review of the record, subsequent proceedings and newly discovered evidence shows that Anand Jon Alexander did not receive anything remotely close to a fair trial by an impartial jury of twelve. Instead, there were a litany of due process violations including:

1. Juror Misconduct was declared post trial and prejudice presumed- due to a sitting juror breaking the law; discussing the case outside deliberations then committing perjury to cover it up- ultimately sentenced to the maximum contempt of court. Yet, no new trial was granted. Newly discovered evidence now shows the same juror had sought out additional extrinsic information about Mr. Alexanderâ€™s race, culture, family, and religion from media and other individuals while expressing personal motives to convict.[1] People V Nesler (1997) 16 Cal4th 56; Dyer V Calderone 156 F3d 870(9th Cir 1988.

2. Ineffective Assistance of Counsel was inadvertently highlighted by the prosecutors and trial court itself. The failure to investigate otherwise available (with reasonable due diligence) evidence to support trial attorneys own arguments & theory (of collusion & motives leading to false allegations) was devastating-as demonstrated by post trial evidence; self-authenticating online contents; declarations from witnesses, trial investigators and at least one trial Council. Coincidently, trial attorneys were plagued with actual conflicts of interest that irrevocably compromised the defense.[2] Strickland v Washington (1984) 466 US 668. Wiggins V Smith (2003) 466 US 510.

3. The endemic police and prosecutorial misconduct in this case is precisely the type of abuse of power that led to your administration passing California Assembly Bill 1909 (2017). Besides and beyond the withholding of substantial favorable evidence (violating Brady v Maryland and Cal Pen C Â§1054), police and prosecutors used false statements and false evidence, threatened and intimidated witnesses, denigrated Council, violated court rulings- invoking racial- religious and communal prejudice. Even the trial court put on record how it was "not happy with the way the people & prosecution handled this caseâ€; â€œtroubled by their actions".

The brazen police & prosecution misconduct in instant case more than fits the bill to hold police & prosecutors accountable under California Assembly Bill 1909. More importantly, relief is required for Mr. Alexander. This case was the opposite of overwhelming evidence of guilt as the prosecution independently dismissed three dozen charges; the jury deliberated for almost 2 weeks- hopelessly deadlocked and then returned a mixed (not guilty, hung and guilty) verdicts only after several anomalies and improper pressure "ganged up on" & "great stress" upon jury.

The prosecution's core theory that their complainants had "no reason to lie" "did not know each other" and no motives; no interest in publicity or money; and that they had "no impeachment" have all turned out to be fraudulent.

While the Los Angeles prosecutors relied heavily upon a supposed "rich history of sexual violence in other states" and repetedly urged the jury to use such ( despite these being at that point unadjudicated-unresolved claims) evidence to convict in California, all of those out-of-state cases have since been resolved favorably or entirely dismissed. The retroactive implications of this outcome is profound because it raises an issue of first impression: can any conviction stand when a prosecutor relied repeatedly & substantially upon a speculative presumption of guilt in other states to convict when that key corroboration later falls apart like a house of cards?

In essence this would be no different from using outright false evidence as collaboration to convict which is explictly forbidden under Federal (Napue V Illinois 360 US 264 (1959)) as well as State law(California Penal Code Â§1473.). Even as the prosecutors denigrated the trial attorneys as being ignorant "high-priced ..misogyniss..who hated and objectified women" and " manufactured evidence";" smoke and mirrors ,,hoax" there were no objection tonthese devastating "personal attacks on...opposing counsel". People V Bain (1971) 5 Cal3d 839; Bruno V Rushen 722 F2d 1193(9th Cir 1983).

On August 31st 2009 Anand Jon Alexander was sentenced to 59 Years to Life based on the one count of rape, plus a dozen lesser charges. The trial court recognized the questionable circumstances and outstanding unresolved issues bye literally inviting a writ and offering to bring mr. Alexander park if these then suspected you process violations were later substantiated buy evidence. This threshold has being overwhelmingly met. Relief is required.

As of May 2017, The Beverly Hills Police Department, the lead investigative agency of the entire multi jurisdiction prosecution restriction prosecution and joint investigation has been exposed of having withheld massive amounts of favorable evidence and meets the criteria for relief under Cal Pen CÂ§ 1134 Newly Discovered Evidence (passed Aug 2016)

In spite of the sheer volume of claims, the jury was deadlocked for almost 2 weeks and still return a mixed (hung, not guilty and guilty) verdicts- meaning the exact opposite of any "overwhelming evidence of guilt". On its face, the convictions themselves are dubious at best- as much of the "elements" of charged crimes (including force duress. threats, injury intent) are unreliable or entirely non-existent. In fact, upon admitting the lack of actual physical evidence-forensics or corroborating percipient witnesses[3] to any actual criminal conduct, the prosecutions hinged on so called "Rich history of sexual violence in other states" as crucial corroboration (skewing California Evidence Code Â§ 1108) whereby Witnesses were allowed to testify to then unadjudicated (far more inflammatory then the actual California charges) claims, while their out of state discovery and testimony was not turned over '(in violation of the Sixth Amendment Right of Confrontation)

Confidence in these verdicts have been clearly undermined; there is more than a reasonable probability that the outcome of the trial would be different- if not for the above due process violations, considered singularity or collectively. The reality is that the travesty of justice in the Alexander case could happen to any one of us or our loved ones- especially to ethnic-racial, religious minorities, in post 911 United States of America.

[2] The attorney entrusted with investigations had not only stopped investigators from doing their job but turns out she had secretly applied to become an employee of the Los Angeles district attorney's office (the adverse party) during the active casse. another attorney was sleeping with and since has had a child with this key Witness. Yet another defense attorney had been threatened with arrest by the prosecutors during trial.

[3] The sole rape conviction involved an adult woman who's "rape kit" turned out to be "negative': there is "no assault related findings" and instead turns out, the percipient witnesses now impeach the accuser. The medical forensics show revealed that the accuser had self-consumed illegal drugs and was experiencing "memory loss". Meaning, the testimony in this "credibility contest"- was unreliable at best; or out right perjury in the alternative.

It has also being established now that virtually all the Complainants that the prosecution vouched for have since being exposed to having had prior similar false allegations criminal convictions including theft and other acts of moral turpitude probation violations arrest violent assaults upon others illegal drug use and overall lack of veracity much of which the police and the prosecution team will aware of but were withheld in bad faith. 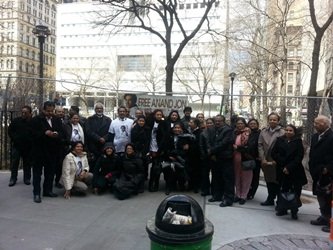 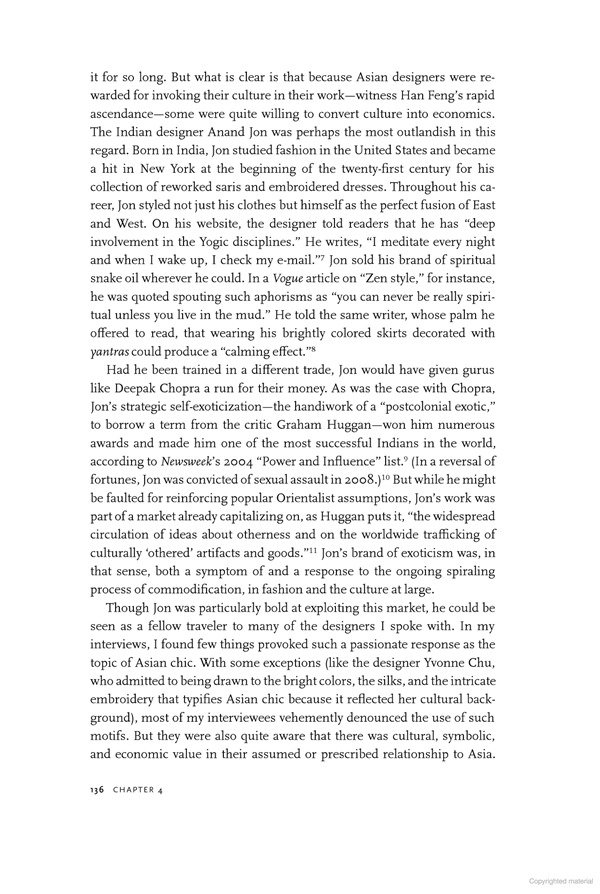